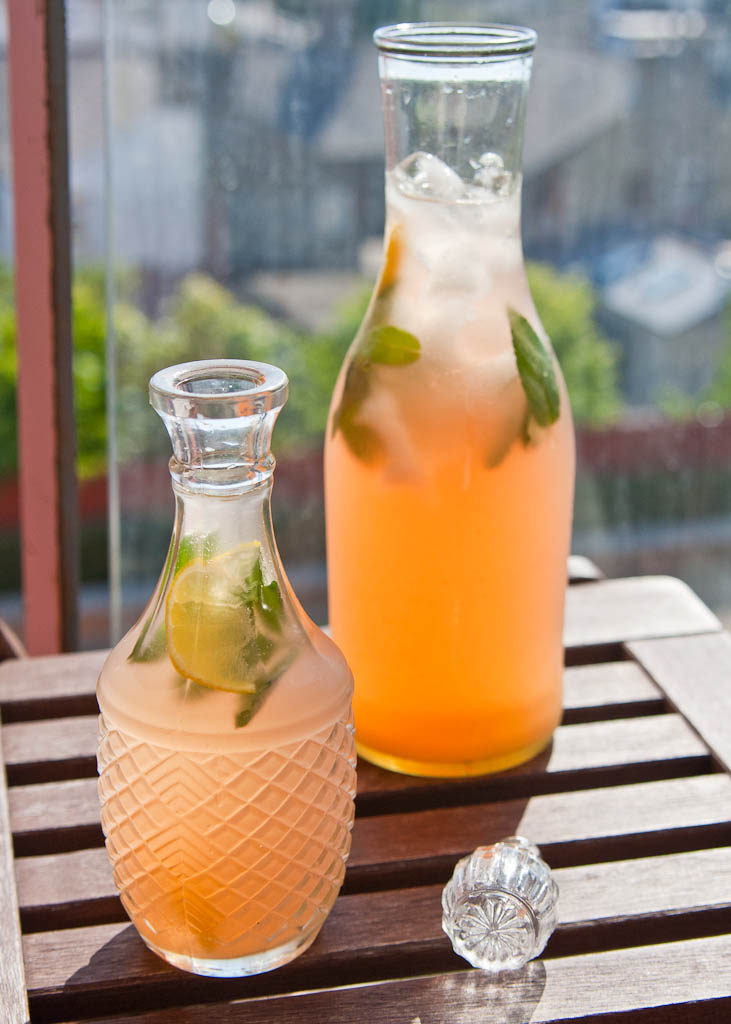 The summer is still here. I’m in seventh heaven. I feel like all my prayers were listened. We have friends over and we eat and drink al fresco. I decide to try old Polish classic. It’s not a rocket science, it’s actually very simple, however I don’t think I’ve ever prepared it myself. Mum always does it. What I talk about is kompot.

Wikipedia says that kompot appeared in Poland in 15th century and it was used to preserve fruits. At home in the kitchen’s pantry there would be huge amounts of jams, pickles and kompots. That’s the thing when you have a garden and allotment. We always had an excess of fruits – currants, gooseberries, plums, strawberries, cherries or sour cherries, so my mum wouldn’t ever make small amounts of kompots or other preserves, because you never throw away food and you can’t eat it all.

The kompot was always part of my Polish dinner. Usually you would have pork chops, mashed potatoes, side salad and kompot, it could be treated as a desert if you got a few bigger chunks of fruits in it. Very often it would be still warm as it is easier to sweeten it when you dilute it with hot water, but I would rather recommend it cold.

Probably you wouldn’t be too fond of kompot when you see one, it’s not a juice, it’s not a concentrate it’s just a fruity drink and it may have cooked fruits in it. But to give a kompot justice it’s a handy drink, whenever there are a few odd stalks of rhubarb, apple that nobody wants to eat and maybe a few random bits and pieces, you can make kompot. In case you don’t have enough fresh fruits you can throw some dried ones. The kompot is healthier than store-bought soft drinks and some juices from concentrate. If you use sweet fruits, you may skip the sugar. Harder fruits like cherries, apples, pears will hold their shape enough to be used for cakes or just eaten.

Don’t follow this recipe to the letter, it is about flavours and whatever you feel like and try my first approach to kompot.

Adapted from Around kitchen table and Kukbuk

Boil the water and add sugar.
Wash the rhubarb stalks and cut into a 2-cm bits.
Peel the apple and cut into small chunks.
Add all fruits into boiling water and simmer until fruits soften around 10-15 minutes.
Remove the kompot from the heat. Add herbs, lemon and eventually more sugar and let it cool completely.
Strain off the juice and refrigerate.*
Serve with more mint, lemon slices and eventually with some sparkling water or white wine.

*The remaining fruits can be mixed with some ground almonds and jam and used as a pastry filling.

iThere are no comments

Begin typing your search above and press return to search. Press Esc to cancel.